The dream of the late Grammy Award-winning music producer Phil Ramone was to bring music to the lives of children, especially to those in under-served areas. He believed wholeheartedly in the power of music to heal and transform lives — for that reason, he wanted to see the creation of orchestras worldwide whose purpose would be to enrich the lives of boys and girls everywhere. That’s one of the reasons he chose to help create The Phil Ramone Orchestra for Children.
Phil thought a multi-genre musical offering would be best. With that thinking, in 2011 The Phil Ramone Orchestra for Children was born, at P.S. 206 in East Harlem. Unlike a traditional orchestra, Phil wanted to engage young people with day-to-day instruction in a variety of genres including jazz, Gospel, hip-hop, pop, and more.

When the youngsters received their instruments in 2011 and saw the value and pride of being a member of an orchestra, they and their parents were, and continue to be, absolutely thrilled! 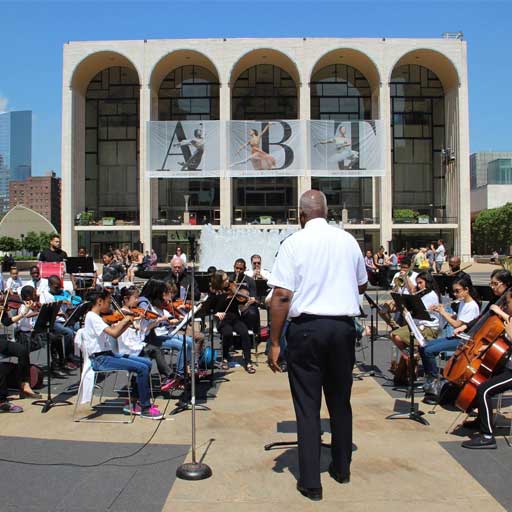